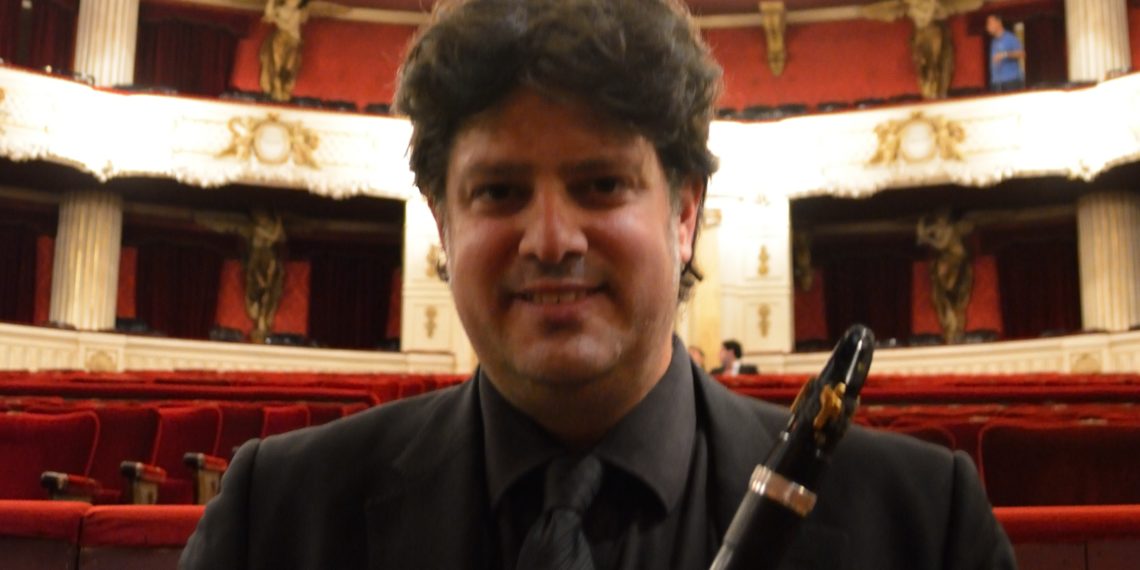 “I started using the Silverstein CRYO4 ligature in the search for a ligature that lets the reed vibe at its best. This ligature enables me to project without sacrificing the quality of my sound yet keeps a round clear sound the way I want it. Best of all, this ligature also enables me to “ring”, as the French sought out and famous “Timbre”.” ~ Assaf Leibowitz

Assaf Leibowitz holds the positions of Assistant Conductor of the Chilean National Symphony Youth Orchestra and of Associate Principal Clarinet in the Santiago Philharmonic Orchestra in Chile.

In 2002, Assaf Leibowitz began his formal studies in orchestral conducting, entering Adrian McDonnel’s class and winning first prize at the competition for the completion of his first year. In 2007, Assaf Leibowitz was nominated as the Israeli conductor of the Orchestre pour la Paix, alongside Nader Abbassi, and conducted the orchestra during its 2008 tour in France. In 2008, Assaf Leibowitz was nominated musical director and principal conductor of the Orchestre de Chambre de Provins (France). At this position, he conducted numerous programs of composers such as Lully, Mozart, Saint Saëns, Debussy and Puccini, amongst others.

As a clarinetist, Assaf Leibowitz has played with many of the world’s most highly acclaimed musicians, such as Maestro Daniel Barenboim, Maestro Zubin Mehta, Maestro Valery Gergeiev, Yo Yo Ma and Barbara Hendrix.In 2007, he performed with the Orchestre National de France with Jaap von Zweden. In addition, Assaf Leibowitz has appeared as soloist with several fine orchestras. Assaf Leibowitz is also regularly invited to participate in tours with the Orchestre National de France, under the baton of its musical director Daniele Gatti. He devotes the remainder of his schedule to extensive chamber music performances throughout South America, Europe and Israel.

In 2001, he performed the Mozart Clarinet Concerto with the Orchestre pour la Paix at the Hotel De Ville de Paris for an audience of 1500 people which included the mayor of Paris and many world ambassadors. Assaf Leibowitz has also performed as a soloist with the Young Israel Philharmonic and Orchestra 2021.

Formerly, principal clarinetist of the Orchestre pour la Paix, Assaf Leibowitz was also the clarinetist of the ensemble Aramea, composed of internationally renowned soloists. Former experience includes principal clarinet in the International Symphony Orchestra musically directed by Lorin Maazel, the West Eastern Divan Orchestra directed by Daniel Barenboim and the young Israel Philharmonic orchestra between 1994 and 1999, the year of his arrival in France.

Assaf Leibowitz started his musical studies with Richard Lesser, principal clarinet of the Israel Philharmonic orchestra, then moved to Paris to study with Michel Arrignon, Richard Vieille, Florent Heau and Patrick Messina, where he was awarded first prize, ‘Médaille d’Or’. Assaf Leibowitz also won the first prize in clarinet and chamber music at the Tel Aviv music academy in Israel.

Assaf Leibowitz also dedicates his time for teaching. He is currently holding a professor position at the Universidad Mayor in Santiago de Chile. He has held the position of Clarinet teacher at the Conservatory of Provins. Assaf Leibowitz has completed his prestigious Diplome d’Etat for teaching music in the Cefedem of Ile de France.