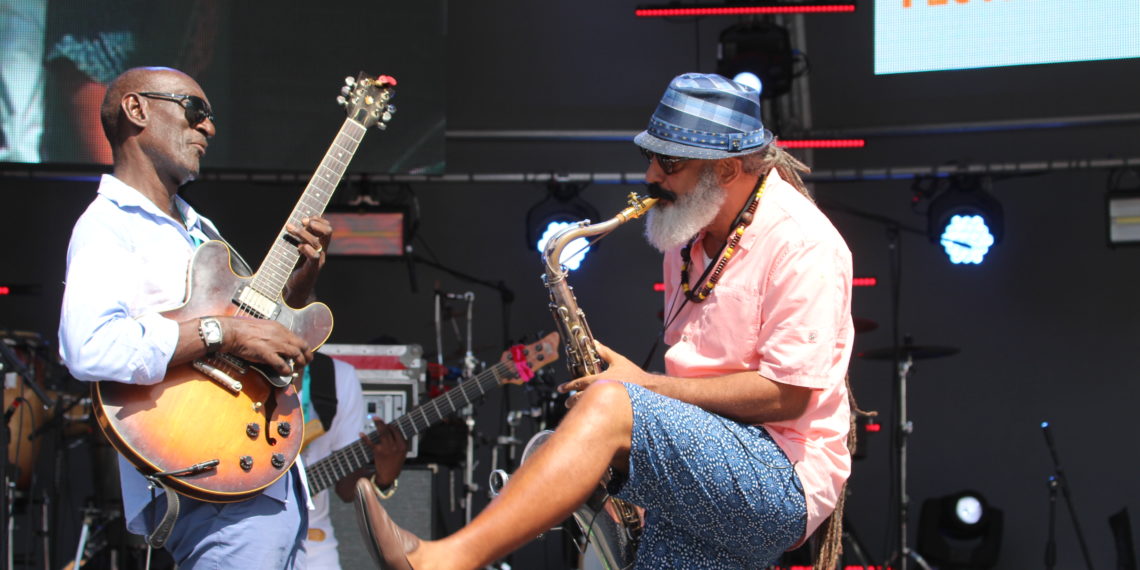 Arturo is definitely the smoothest, saxiest horn man the Caribbean has to offer. His dynamic and spirited live performances have won him fans the world over.

He described 2015 as his best year ever. After forming his new band (#ArturoTappinBand) comprised of the best young talented singers and musicians coming out of Babados they have developed a show that has taken them to every major festival and it continues through 2016 as he played for the launch of the St.Lucia jazz and arts festival and will be headlining Tobago Jazz Experience and has been booked for Scotland Fringe Festival and several more festivals. He first made headway with his debut recording “Strictly Roots Jazz” and then immediately followed up with a stellar performance on his second album entitled, “Java”, both licensed by Pioneer Records in Japan. For his cultural contributions to Jamaica and the Caribbean on the whole, Arturo received a nationally acclaimed Award of Excellence in the Arts from former Jamaican Prime Minister PJ Patterson.

Arturo has had the privilege of playing for two American Presidents.President Bill Clinton at the Governor General’s residense in Barbados and recently at the Fifth Summitt of the Americas in Trinidad and Tobabago for President Barack Obama.He has also performed for Cuba’s President Fidel Castro , Chilean President Michelle Bachelet and(at Duke of Edinburgh Black Tie Dinner )Prince Edward, Earl of Wessex and Viscount Severn.

His CD “INSIDE OUT” conjures up feelings of pleasure and intrigue. The album features ten original compositions, all of which exquisitely display a superb blend of mesmerizing melodies and deliciously deep penetrating grooves, encouraging the listener to hold on with anticipatio n. “Mia Amor”, “Smell your Own Finger” and “Life” are just a few of the originals included on the album that demonstrate his natural musical dexterity.“INSIDE OUT” also includes brilliantly crafted covers of “Unfaithful” and “Tempted to Touch” originally recorded by fellow Barbadians Rihanna and Rupee, testimony of Arturo’s reverence to his homeland.

“Hello” is the title of his latest cd made up of Soca sax remixes of crop over hits which which was produced along with Song writer /Producer/ Steel Pannist Terry “Mexican” Arthur and Engineer/Producer Deepu Panjwani.