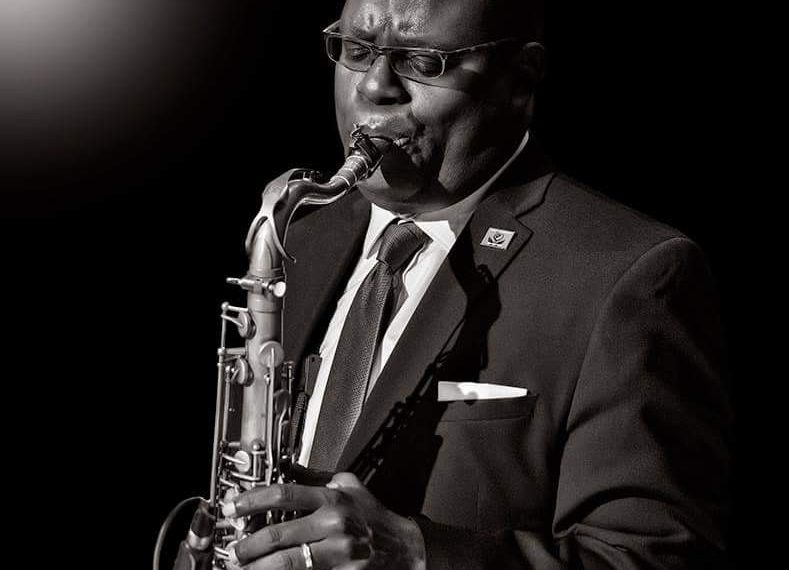 “SIlverstein ligatures allows me to capture the sounds that I am hearing in my mind on my instruments. The vibrations are pure!”

Professional jazz musician, musical director, teacher, philanthropist Tony White is one of those all-around talents whose mastery of the tenor sax, soprano sax, alto sax makes him the perfect headliner as well as the perfect mentor.

Born in South Central Los Angeles to teenage parents and raised by his mother and grandmother, he knew early that music “had” to be his life.  White started his love affair with instruments at a young age, by seventh grade he was playing the clarinet and by ninth, the saxophone.

During this time he was influenced by all kinds of music, including his mother’s love of such popular artists of the time as the O’Jays, Isley Brothers and Marvin Gaye.
He began seriously studying music at Charles Drew Middle School in suburban Los Angeles. While his grandmother strongly supported his endeavors, he quickly found that not all schools did. There was no music program at nearby Fremont High School but there was a school jazz band, which he immediately joined.

A further sojourn to Narbonne High in Harbor City, CA resulted in his being able to qualify for and join the LA Unified School District (LAUSD) All City Marching Band during his senior year, consisting of high school musical students from all over the county. The band played and continues to play each year in the annual Rose Parade in Pasadena as well as other venues throughout Southern California. As a band member, he was able to enjoy the thrill of playing for large audiences.
After high school White attended the University of California, Riverside majoring in business yet realizing that music was his “passion.”  As the oldest of 10 children and the first to go to college, he was further encouraged by his family and friends to fully realize his dreams. He continued to perform in student jazz ensembles where he perfected his playing of several more instruments including soprano saxophone, alto saxophone, clarinet and the Electronic Wind Instrument (EWI). However it still wasn’t enough. He began performing professionally in pop, rock and hip hop groups as well.

He also continued to volunteer with the LAUSD All City Marching and Jazz bands for the next five years, driving back to Los Angeles each weekend.

After graduation, he took a self-imposed break, playing saxophone at venues, all the while knowing now that he wanted to teach music as well as play it.

Again with the encouragement of his grandmother, other family members and friends, he did just that, getting his teaching credential at Cal State Dominquez Hills University in Carson, CA.

A good relationship with his college band director led to White getting substitute teaching work. As destiny would have it, in the early nineties, he got his first teaching job at his old high school, Fremont.

Fremont High still did not have a music program but White’s mentor, Don Dustin, suggested that it would be easier to start a program of his own design now that he was a teacher there.
Utilizing his contacts and mentors (including famed jazz artist great, Buddy Collette), White was indeed able to do just that, building a comprehensive program that included a marching band, jazz band, jazz combo and drum line.

His goal was a create a music program that would serve to educate and expose students, like himself a decade earlier, who most certainly had no other outlet to the formal technical aspects of music education and appreciation. His student musicians gained exposure and experience performing at such storied venues as the Playboy Jazz Festival, Dorothy Chandler Pavilion, and the Pantages Theater. Under White’s direction, they were also able to perform with Lionel Hampton, Plas Johnson, Poncho Sanchez and Justo Almario.

White remembered gaining knowledge and encouragement from his mentors including Dustin, Collette, Art Duardo, Frank Harris, Greg Robinson, Bill Helms, Fran Herman and others along the way, and wanted to provide that for his students.

He also remembered being told that he needed to play more by Buddy Collette (then he got to play in Collette’s band), and he wanted to encourage children to run towards their passions, to raise their self-esteem through the creative process, to find out if they had musical aptitude by allowing them the ability to try.

The result of his labors was being honored with the prestigious Bravo Award Finalist and Fulfillment Fund for his work in music education. He also received a UC Riverside Chancellor Award, a Humanitarian Award from the Omni Youth Music Awards and Outstanding Soloist Awards from The National Association of Jazz Educators.

White continues to fight the good fight for music appreciation in all its forms. His association with the LAUSD All Marching Band continues. He has been with the band as a volunteer, assistant, assistant director and now head director for a total of 22 years.

White is also coordinator of Visual and Performing Arts for the district’s Beyond the Bell arts program, which roughly translates into a Tony of all Trades.

As coordinator of the program, he works with before and after programs in LAUSD, recruits music teachers for high schools with outside arts partners in music, visual arts, drama and dance to help focus their resources in schools that welcome the arts into their curriculum; acts as a liaison between the Grammy Foundation and LAUSD students who are interested in full-time careers in some aspect of the music industry. He visits colleges and universities with composers, entrepreneurs, agents, lawyers and other behind-the-scenes professionals to allow students to rub shoulders with future mentors and/or bosses. Add to this: White makes himself responsible for preventing the wear and tear of musical instruments for the bands he directs.
By working tirelessly he hopes to engage students in wanting to have a future, to have a sense of commitment and teamwork, “to hone their craft and make a better way for themselves.”

As state budgets decrease, White is also exploring as many philanthropic opportunities as possible to continue to create funding for schools and musical programs such as his marching bands.

In 2009, he worked with other educators to implement Assembly Bill 351, a bill that would have allowed students who participate in marching band, drill team and dance to receive dual credit for being in the arts as well as meeting the physical education requirements.

He is currently working with former Tonight Show frontman, Kevin Eubanks, to help develop stronger morals and values in music education.
Each year before the end-of-the-year holidays, White rehearses the All City Marching Band for a schedule of appearances including the famed Rose Parade. He also directs the All City Jazz Band, which has played at the Playboy Jazz Festival.

As a band director he and his students have shared in many high points, including, in 2009, the All City Jazz Band performing at the White House with Wynton Marsalis. In 2011, White’s students from the Thelonious Monk Institute of Jazz performed at The Kennedy Center in Washington D.C.

White’s bands have also performed at Southern California venues such as the Kodak Theatre in Hollywood, at Disneyland, Pasadena City College and the MLK (Martin Luther King) Parade in Los Angeles.

However, White isn’t just teaching the walk. He’s still walking it himself as a professional, practicing musician.

In 2003 he did his first CD, The Tony White Project, a CD of jazz saxophone stylings accompanied by Minority Report and produced by jazz impresario Billy Mitchell. His next CD is scheduled for 2013.

In a bid to more commercial ventures, he has signed on to be an Eastman Saxophonist (www.eastmanmusiccompany.com) in which he will promote, what else, the company’s saxophones, of course.

He resides in the Mt. Washington area of Los Angeles with his wife, Kia and their two children Nikos, seven and Sarah, three.