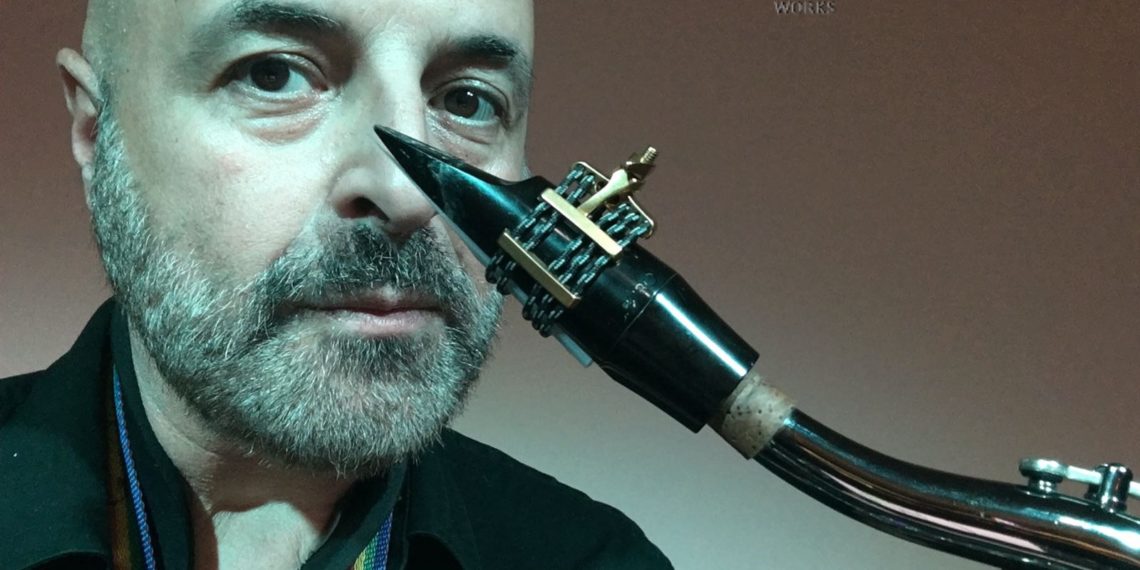 Eclectic, ironic, unconventional: Andrea Poltronieri is a musician with no boundaries or definitions. He uses the sax to enchant, seduce, and entertain his audience, with whom he has a close and special bond. Born in Ferrara on November 5, 1965, it soon became clear to Andrea that art was the way to go from high school to the Academy. But the practice of colors and shapes quickly gives way to the real passion of Andrea: sax, an instrument that he plays with the body and soul.

Since 1990 Andrea Poltronieri issued as many as 10 albums, achieving Platinum disc in 2005 with “Caro Papà Natale 3”. On 2013 he published “Ubriaco di vita” produced by Davide Romani, his first solo album which contains 4 new songs and 5 famous cover: like “Caruso” by Lucio Dalla, and “Purple Rain” by Prince.

The year 2015 saw the release of his second solo album “Happy Sax 4 Love” always produced by Davide Romani. He is currently on a national tour with the Italian singer Cristina D’Avena.”