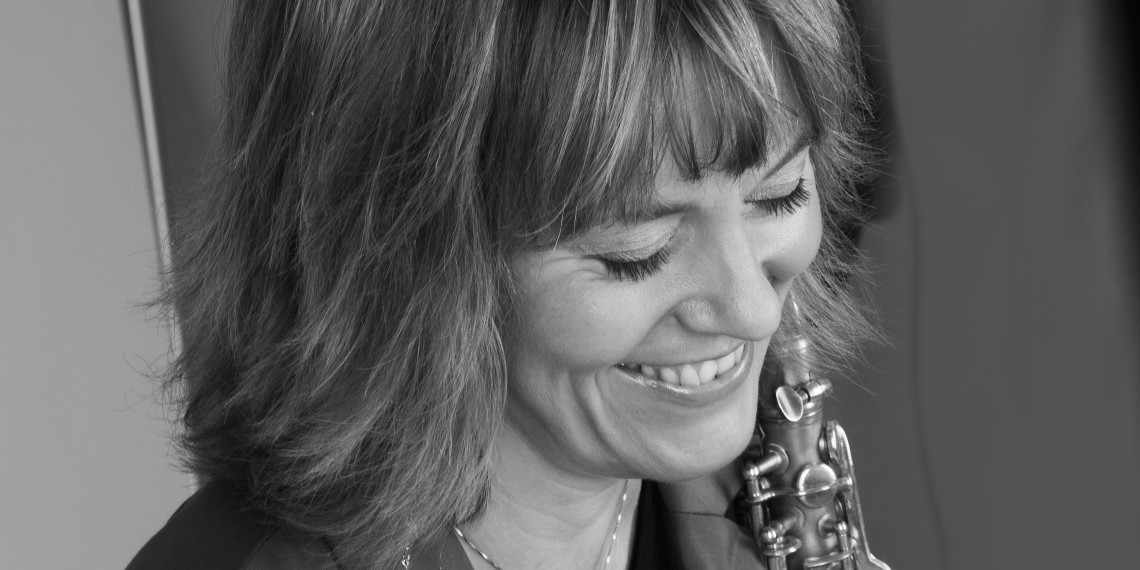 Amanda Sedgwick has been active as a band leader, composer, soloist and side lady in Sweden and the US for fifteen years. She has released four solo CD’s, all of them featuring her penmanship: ”Volt”, ”Reunion”, ”Delightness” and ”Shadow And Act”.

Down through the years Amanda has played with Rolf Ericson, Bernt Rosengren, Nisse Sandström, Freddie Redd, Walter Booker, Jeremy Pelt, Johnny O ́Neal, Sacha Perry, Willie Jones, Jimmy Wormworth, Leroy Williams and Deborah Brown. She has taught at Morehouse College and The Royal College of Music in Stockholm, and she does workshops and master classes at various schools and colleges.

Amanda resides in Stockholm, but still visits New York, where she performs at Smalls Jazz Club with Sacha Perry and Freddie Redd. She is also the leader of the Amanda Sedgwick Quintet, and can be heard with Stockholm Jazz Orchestra, Ann-Sofi Söderkvist Jazz Orchestra, Peter Asplunds Dektett and Kustbandet. In January 2013 Amanda performed at Berwaldhallen in Stockholm with the Swedish national Radio Symphony Orchestra, celebrating the music of Quincy Jones together with Tommy Körberg and Sarah Dawn Finer. The concert was broadcasted by Swedish national television.

Amanda also performs regularly with British singer Georgie Fame.”But when he appears in Östersund this time, he also brings incredibly talented saxophonist Amanda Sedgwick, who played in town with her quintet last month. Extremely good. Now she backs up Fame with stylistic suaveness, answers his scat singing, plays around with his musical quotes and plays obligato so precisely that he hardly needs to show what he wants.”(Tomas Larsson, Östersundsposten)

As a singer, Amanda has also received warm appreciation. This was what Leif Domnérus at Orkesterjournalen thought about her vocal contributions: ”She hasn’t sung many phrases of the lovely ballad ’East of the sun’ before the venue is filled with collective awe. The way she sings! Everything is present: balance; intimacy; a sassy sense of timing and an insightful analysis of the lyrics. All interpreted by a wonderfully exciting and slightly veiled voice, strongly reminiscent of Abbey Lincoln.”