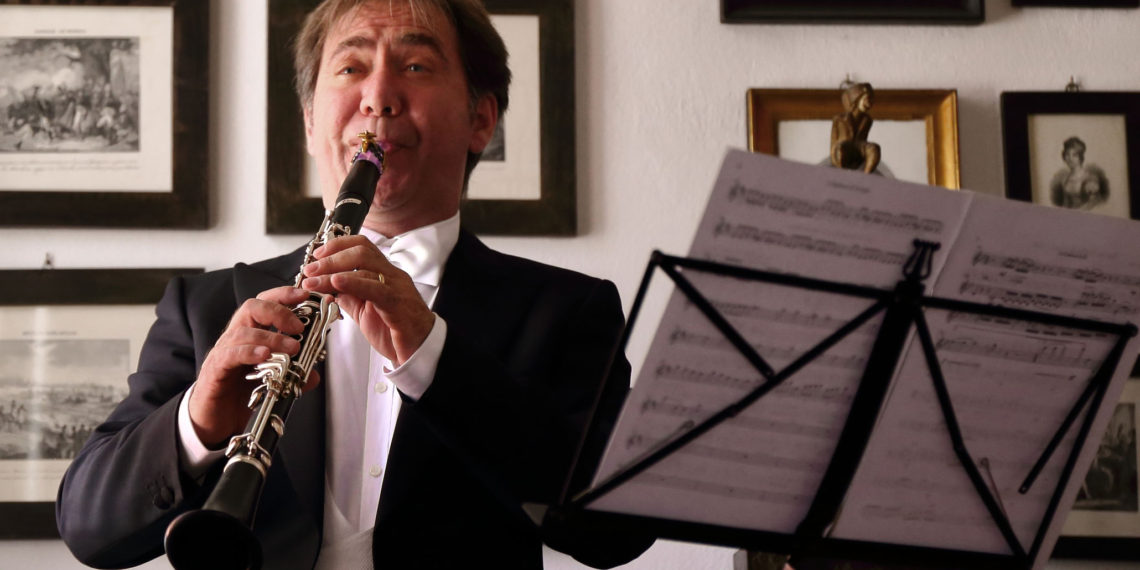 The Silverstein Gold ligature is simply fantastic. It responds in a simple and immediate way, improving the sound in a superlative way. The bindings are stable and clean and the dynamism works perfectly from pianissimo (pp) to fortissimo (fff) without any physical effort.

Exceptional and 100% recommended by the youngest to the great professionals.

Graduated with full marks at the Domenico Cimarosa Conservatory in Avellino, he attended high-level specialization courses at the National Academy of Santa Cecilia in Rome and at the Music School of Fiesole (Florence).

He has more than 1000 chamber music concerts to his credit and as a soloist with various national and international orchestras. He carries out an intense concert activity that has led him to perform in the most important Italian, European and overseas cities, including: Milan, Naples, Venice, Verona, Florence, Pordenone, Como, Belluno, Cuneo, Catania, Bologna, Germany , Austria, France, Japan, United States. Of particular importance are the collaborations with the String Quartet of the San Carlo Theater in Naples, the Orchestra of the Teatro La Fenice in Venice, the Mantua Chamber Orchestra, the Italian Interpreters Chamber Orchestra, the Sixth Armonico Soloists, the State Orchestra. by Arad, the Chamber Orchestra of Moldavia, the Sinfonietta Fukuoka Orchestra, the Scarlatti Orchestra of Naples, Campania Region, the Venetian Philharmonic Orchestra, the Verona Philharmonic Orchestra, the Coccia Symphony Orchestra of Novara, the Neapolitan Virtuosi Orchestra and many other teams. He collaborates with internationally renowned musicians such as Bruno Canino, Hector Ulisse Passarella, Nello Salza, Alberto Nosè just to name a few. He played as first clarinet under the direction of illustrious conductors such as, Bruno Aprea, Cristian Mandeal, Marcello Rota, Luis Bacalov, Lothar Zagrosek and many others … He collaborates with Maestro Peppe Vessicchio among the most important composers, arrangers and orchestra directors of the RAI and MEDIASET television networks, for important educational and musical projects aimed above all at young talented musicians.

He combines his concert activity with the didactic activity that sees him engaged both in Italy and abroad, in various ensemble music courses and Master Classes for young musicians.

Lately he held a master class at the Domenico Cimarosa State Conservatory of Avellino on “the Clarinet and Mozart” and an important Webinar entitled “The Clarinet is told” organized by the Italian Cultural Institute Valletta of Malta, Magic Box and the Embassy of Italy in Malta.

He has been invited several times as a soloist in various events at the Italian Cultural Institute in New York and Osaka.

Currently he is Superintendent and Artistic Director at the Teatro la Piccola Fenice E. Balzan Badia Polesine Rovigo, of the I Filarmonici Veneti Orchestra, of the Salieri Mozart Youth Orchestra based in Rovigo and Verona of the Orchestra and I Virtuosi Napoletani.

He collaborates as a musical expert with numerous Italian public and private bodies. He is the holder of the clarinet chair at the State schools with a special focus on music, the Italian Ministry of Education.